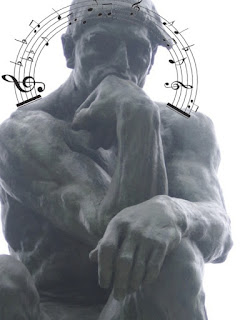 Countless Thousands is a band from Garden Grove, CA. This is an understatement. It doesn't encompass who or what these guys really are. If you look at their facebook page, they are listed as Danger - the Unstoppable Gab, Davey - Ridiculous Bass Skills / The Power to Embarrass All Musicians, and Jon - Enthusiasm/Erratic Screeching. No lie. You have to hear them to believe them. I heard them and I still don't believe it!
The album We're Just Really Excited To Be Here opens with a song called Overture. It's a great opening track. It gets people in the mood for what's to come. Overture is driving, it creates excitement.
As you scroll thru the titles of the songs, The Asskickers' Union, The Scientist Applies for a Grant but is Denied, Thanks for the Cockfosters you wonder what you've gotten yourself in for. The band is definitely more than you bargained for. We're Just Really Excited To Be Here is full of catchy lyrics, infectious grooves, happiness, laughter, OMFG lyrics, and a very sophisticated musicianship.
I really like the song Fickle because I can hear a wicked bass line. A lot of songs and bands seem to bury the bass, but it's front and center in the mix. The harmonies on Fickle are exquisite. The Chemical Exchange has some intricate fretwork that opens the song. It's like banjo finger picking mixed with 70s prog rock. The blend is a modern sounding rock tune.
Minor Sounds of Inconvenience is a great mixture of Dave Matthews Band, Foo Fighters, and General Public. Davey Munch really does have ridiculous bass skills. This song proves it and all musicians should be embarrassed that they aren't creating such awesome music.
A Pirate's Shanty is 5 minutes 43 seconds of sheer happiness! A jaunty pirate song! The song channels Blink 182 vocal wise. It's happy and jaunty and punky and piratey!!!!  It's heavy on the vocals. It has a tale to tell. That doesn't get in the way of the blare of Danger Van Gorder's guitar work. The man has chops.
Too Close To Call is a funk rock explosion. I think Jello Biafra was in the building! The track still has that bouncy, exuberant feel to it interlaced with some remarkable bass playing. Everything about the bricolage of Danger, Davey and Jon is just  awe-inspiring. This is a band that would do well on the Warped Tour! They speak to that generation and the generation would do well to listen!
The Patriot showcases Danger's guitar playing over some deft drumming by Jon. Then your jaw drops as he invokes the "hippy liberal scum". I like it! It's a scathing melody calling to task every over indulgent, self centered, cubical office monkey beige mini van driving Starbucks swilling pilates gym rat.
Our Queen, Coplacene is a musically complicated opus. The composition is stellar. It's jazzy. It's funky. It's punk. It's rockabilly. The lyrics are a mouthful. The blending of guitar and bass is lavish in it's presentation. No Contest strips the lavish music away and is an a cappella presentation.
The Devil and Davey Munch is another story put to song. You just have to hear it. The song is The Devil Went Down To Georgia for the new milleneum. The song oozes a wicked jazz flair. Countless Thousands brought their A game to this song. Everything from the drumming to the bass to the guitar screams musical prodigies. The bass solo really does put many musicians to shame!
Thanks For The Cockfosters
Just
Go
Buy
The
Album.......
BUY IT NOW!!!! 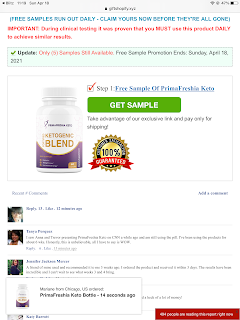 Sometimes I get bored and like to try bizzare things I see on adverts. Primafreshia Keto was one. For about $5 it touts helping put your body into Keto to lose stored fat. Why not. I blow more than $5 at the dollar store mindlessly buying snacks. So I place my order. Order page comes up and some random coffee cleanse has been added. Now the total is a shade over $10. No worries. I do a deeper dig and find out there is a monthly recurring charge for $89.99! Oh, it wasn't anywhere on the landing page or order page, or even in the email they sent. I found it on Reddit. So I call the customer service number. I hear... I'm driving right now so I can't... then a click. Line goes dead. Ok. Covid. People working from home. I call back and the nice lady starts her pitch. No. No. I don't care about the pitch. Fact is, nowhere did it mention a recurring charge. NOWHERE! She informs me I can't cancel the charge until I receive the product. Wouldn't it be nice if things were
Read more 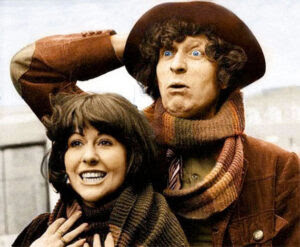 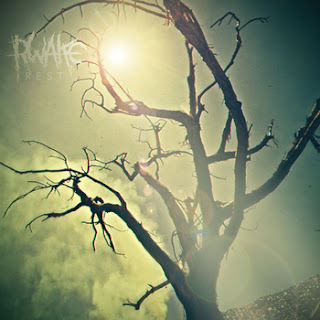 I started out by thinking this would be a simple review of a new album. I put on REST by Rwake and within 2 minutes was in a zone! Whiskey - Tango - Foxtrot! I had to put it on again from the beginning just so I could make coherent sentences. The album is atmospheric. It evokes visuals and colours and moods. From start to finish it's like an apocalyptic soundtrack. Mad Max. Bladerunner. Dune. It's futuristic and baroque all in one. The drums dominate the mix and they are relentless! We can blame the dude named "Jeff" for this sonic bombast! The 11 minute opus It Was Beautiful but Now It's Sour have some guitar playing by "Kiffin" and "Gravy" that is gobsmackly beautiful and scary and moving. Ten minutes into the track it gets eerily scary and I don't recommend listening with late at night with the lights out if you are prone to get creeped out easily. I'm loving it! I truly can't believe these guys are from Ar-Kansas (or Arkan
Read more